Call Now For The Answers You Need:

Your Story Is Important And We Listen To Every Word Of It.

Tell us about your legal issue 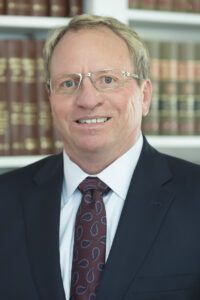 Michael B. Bennion was born in Powell, Wyoming in 1958. He graduated from Cowley High School in Cowley Wyoming in 1976. After high school he became a licensed builder, and he ran his own construction company that specialized in residential and light commercial construction projects until 2008. Michael went back to school in 2008, and he graduated in 2011, Magna Cum Laude from Walsh College of Business and Accountancy in Troy, Michigan with a bachelor’s degree in Business Administration and a minor in Business Management. Michael then worked at Bebout, Potere, Cox & Bennion, P.C. as a legal assistant and office manager while attending Western Michigan University Cooley Law School at night in Auburn Hills, Michigan. Michael graduated Magna Cum Laude in 2015, from Western Michigan University Cooley Law School with a Juris Doctor degree. Michael was ranked 13th out of 265 students in his graduating class. While at law school he participated in the Family Law Assistance Project for two terms where he represented low income clients in court with family law issues. Michael also successfully participated in mock trial and moot court competitions while in law school. Michael was admitted to the State Bar of Michigan in 2015, and that same year he joined Bebout, Potere, Cox & Bennion, P.C. as a shareholder and partner.